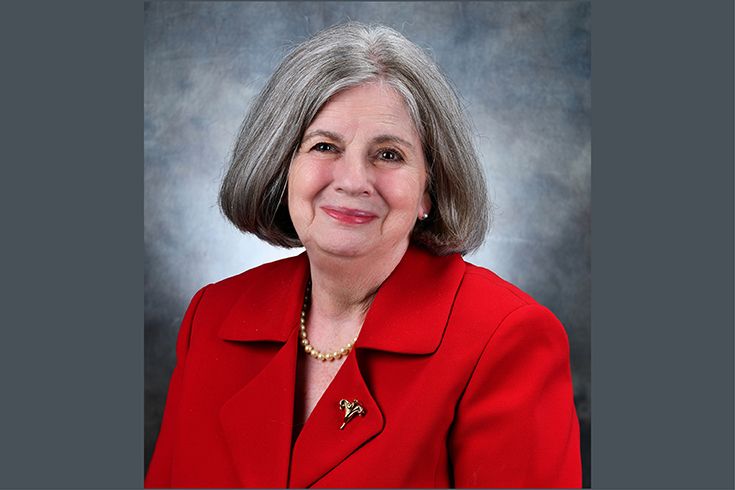 10/7/2020
In what ways did your Ursuline education prepare you for the work you’re doing now?

It has been many years since I taught; however, my Ursuline education had me well prepared for the classroom. I was academically ready; more importantly, I had experienced quality teachers throughout my twelve years at the Academy. I had models for what good teachers said and did, how they prepared for their classes, but most significantly how they treated their students. I am particularly grateful for the opportunity I had to complete my student teaching under the supervision of Sylvia Probst. Sharing her classes for a semester and working under her guidance had me ready and confident to assume my own classes. Ursuline taught me to seek and to value the uniqueness of each student, to empathize with each, to listen, to seek to be impartial, to challenge each student to achieve the highest level of accomplishment and still reach for a little more the next time. My experience as an Ursuline student led me to encourage my students to get involved; to treat others with respect; and to clarify their values and positions, learn to articulate them, and stand up to defend them. I tried to bring a little courtesy, loyalty, courage, and Serviam to each of the schools where I taught.

Please describe the most significant value you learned from Ursuline Academy.

Simply stated, Ursuline taught me to care. The excellent teachers and challenging curriculum encouraged my classmates and me to always try to be better, to reach a little higher, to go a little farther. We were shown how to care that we did our best. The values of courtesy, loyalty, and courage underscored everything I was taught and everything I did. The way I treat people matters; it affects them, but it also affects me. I am better when I care and am sensitive to the needs and situations of others. As an Ursuline student, I was taught to investigate and to determine what is important. I was shown how to take a stand for a cause I believed in and was challenged to defend my positions. I was encouraged to define and to articulate my values before finding ways to put them into meaningful action. The commitment to Serviam at Ursuline is so genuine and so intricately woven into every aspect of a student’s life and education that graduates carry it with them throughout their lives. In careers and in personal interactions, Ursuline alumnae strive to serve, to help, to be purposeful. Because we care and because Serviam has been taught and modeled so meaningfully, we are conscious of our place in the world and our responsibility to be positive influences on our families, our workplaces, our communities, society, and the world in which we live. I am very grateful that Ursuline taught, encouraged, and challenged me to care.

Describe Ursuline in one word. Explain.

Selecting one word to describe Ursuline is difficult. I finally settled on unique. Many schools are academically excellent, provide meaningful extracurricular activities, and produce good citizens. It is the way in which Ursuline meets these goals that is different. From the time a student first steps onto the campus, as a toddler or as a high schooler, she becomes a treasured part of the Ursuline family. Caring  and nurturing adults teach her and become her role models. She is part of an active faith community. The National Shrine and the statue of Our Lady of Prompt Succor (to whom the whole state of Louisiana turns in time of storm or need) are part of her campus. Each student perpetuates a legacy that reaches back to St. Angela in 1535 and to the valiant Ursulines who arrived in New Orleans in 1727. These are the examples of strong, independent, courageous, and committed women to whom each Ursuline girl can look for inspiration. And when she graduates, she joins an association of alumnae who share her values and experience and are connected with one heart, Cor Unum, to each other as lifelong friends and to Ursuline Academy.  She is, like her school, unique.  She is an Ursuline girl.

Maureen Mock Verderame 1966 has been chosen by the Ursuline Alumnae Association of New Orleans, with the approval of the Academy President and the Ursuline Sisters, to be the 2020 Ursuline Distinguished Alumna. This award is annually bestowed upon a graduate of Ursuline Academy or Ursuline College of New Orleans who demonstrates the core values and ideals of an Ursuline education in all aspects of her life. Since 1986, 52 women have received this honor, making it one of Ursuline’s most prestigious awards.

Maureen attended Ursuline Academy for 12 years and graduated as a Sioux of 1966. During her time at Ursuline, she was president of Queen’s Players, student director for the first productions in Ursuline’s new auditorium, and also a performer in many productions. Her mother, Edna Mae Mock - famed drama teacher for more than three decades - is both an Ursuline high school and college alumna. In addition, Maureen’s sister, three nieces, two great nieces and granddaughter are all Ursuline alumnae.

Maureen married Charles Verderame in 1976; together they have two sons, Michael and David. The couple is also blessed with five grandchildren, three in Chicago and two in New Orleans in whose lives they have been deeply involved. In the 1980’s with two small children, Maureen chaired Dominican College’s Annual Alumnae Fund Drive three times, served on the Alumnae Board, and was elected President of the Alumnae Association which presented her their Distinguished Service Award. She initiated and for many years edited Heritage Renewed, the College’s alumnae publication. She has been an active volunteer at Jesuit, St. Paul’s and St. Ann School. When Rummel’s longtime theatre director became ill, Maureen stepped up to direct his final production — proving that the show must always go on!

Maureen was the first editor of The Ursu.Lines magazine. She has served on Ursuline’s Alumnae Board and on La Fête and homecoming committees for several years. She chaired a committee for the capital campaign to build the Ourso Gym and has been a Serviam Annual Fund volunteer and coordinator since the initial Serviam Drive. Maureen worked alongside chemistry teacher Sharon Linton and Sister Elizabeth Susan to write grants that led to the installation of technology in the Academy.

While Maureen has volunteered in many different capacities throughout the years, she is most known for being the “switchboard operator” or “glue girl” for her class – the Sioux of 1966. Maureen has devoted more than twenty years to organizing her class for reunions, events, annual fund donations, lunch outings and more. She shares good and bad news, asks for prayer requests when needed, and updates classmates’ contact information with the alumnae office. Classmate Jeri Ann Connelly Ferrara said about Maureen, “Maureen is the glue that holds our class together to this day. She keeps us aware of the impact our time together on State Street has had which, in turn, keeps us loyal to supporting the institution that made it possible. Maureen lives what was taught and modeled, and has so deeply rooted a love for Ursuline that she cannot help but live it and share it with all.” Another classmate, Mary Nolan Looney, once said to Maureen, “you kept us in touch with Ursuline long enough for us to become real grownups and really see and appreciate what we had.”

In 2016, Maureen wrote an article in The Ursu.Lines titled “Trailblazers of 1966: The Three Women Who Integrated Ursuline,” in which she spotlighted her classmates. Maureen stated, “As a member of that class, I have always expressed pride that it was my class that integrated Ursuline.” After honest conversation and much reflection, Maureen realized that this act of integration was a difficult experience for the three trailblazers. Passionate about making sure that all Ursuline girls feel included, Maureen joined the 2020-2021 Ursuline Academy of New Orleans Diversity, Inclusion and Belonging Task Force where she works in the alumnae workstream. Classmate Jeri Ferrara also said about Maureen, “Maureen is ever loyal to Ursuline and to the members of our class. We are able to be better friends than we ever were in high school because she has pulled together this diverse group of Christian women with a shared appreciation for those magic years at Ursuline.”

Classmate Connie Casey O’Donnell stated, “For me, the name Maureen Mock Verderame is synonymous with Ursuline. Loyalty and Serviam are much more than just words for Maureen. She lives them.” Through her own actions and the words spoken about her, it is evident that Maureen has made an impact on Ursuline Academy. Her accomplishments, awards, and kind remarks from friends and family are a true testament of her dedication. Ursuline Academy of New Orleans is proud to call Maureen Mock Verderame a Distinguished Alumna.
Back