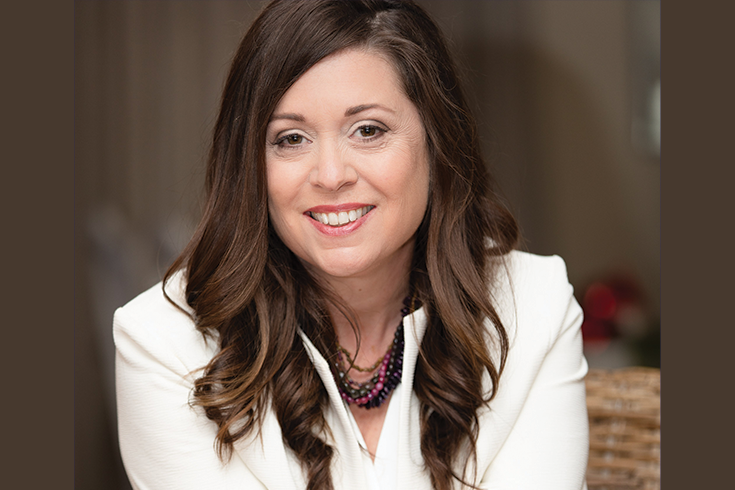 3/2/2021
In what ways did your Ursuline education prepare you for the work you’re doing now?

Attending Ursuline for 12 years was the greatest gift my parents could have given me.  I learned that anything can be achieved through hard work and determination. My experience at Ursuline prepared me for the path that has taken me to where I am today as the Director of P.O.W.E.R. at Fidelity Bank. I did not know that my experiences were stepping stones to who I would become, and I am grateful for this path. I always knew that Ursuline was where I was meant to be. Growing up within Ursuline allowed me to build so many relationships that are still very strong today. These relationships have been supportive all my life and some have even evolved from personal to professional. I cherish every one of them. My Ursuline education taught me to think for myself, be independent, and to hold on to my values and principles. I also learned that women are capable of achieving greatness and making a difference, which is at the core of my professional work. It has always been my mission to do just this – to make a difference and follow in the footsteps of those before me.

Please describe the most significant value you learned from Ursuline Academy.

Living out Serviam during my time at Ursuline taught me the importance of putting others first and working to better my community by helping others. I have applied this life lesson by committing to serve through the Catholic Church, and many non-profit organizations including Junior League, Holy Name of Jesus Church and on several committees at Ursuline.
Describe Ursuline in one word. Explain.

Home. I know the halls, I know the floors, I know the spacing of the stairs and the feel of the banister. I know how the light shines in through the stained glass in the chapel. I know the smell. I know the faces. I know the feeling of arms wrapped around me when I walk in the doors. It is home and I will always feel welcome at 2635 State Street.

Liz has been the Director of the P.O.W.E.R. (Potential Of Women Entrepreneurs Realized) Program since October of 2017 and with Fidelity Bank for 4 years where she has grown the program to over 1000 members.  Liz is a native of Kenner, attended Ursuline Academy then LSU where she received a Bachelors of Science in Art Education.

In her role as Director of P.O.W.E.R. she was an integral part of the first annual POWER Up! Women’s Leadership Conference in New Orleans, which in its inaugural year had a sold-out audience of over 550 women. She also created and implemented the first POWER Plates (formerly POWER Palates) Campaign to recognize women in hospitality as well as raise funds for the Louisiana Hospitality Foundation.

Liz is involved with many organizations in the community. She has been a member of the American Business Women’s Association for 3 years and the VP of Programming as a board member for 2 years. She was recognized as Protégé of the year for the ABWA in 2019 and was also the chapter’s nomination for Top Ten Women of the year. Liz is also a member of the National Association of Women in Business Organization, the Junior League of New Orleans and Mid South Women in Tourism. She has served on the Ursuline Alumnae Association Board and was president in 2004-2005. She is currently on the development committee for the Board of Trustees for the Shrine of Our Lady of Prompt Succor. She is also on the Steering Committee for the Ursuline Academy Diversity Task Force. Liz was behind the scenes in helping Ursuline Academy develop their first Entrepreneur class for juniors and seniors and organized panel leaders to speak to the students.

In 2018, Liz was a member of the planning committee for the Loyola Women’s Leadership Academy which she then became a mentor for the first and second cohorts. In her spare time, Liz is the wedding director for Holy Name of Jesus Church where she has enjoyed celebrating marriages with couples for the last 15 years. Her favorite pastime is decorating shoes for the Krewe of Muses which she is also a member.
Back